This tutorial presents the cabling guide for the serial and console interfaces of the Cisco devices. Learn what the DCE and DTE devices are and how to change a serial interface into the DCE device.

A router supports many interfaces. Among those the Serial, Ethernet and Console are the most common interfaces.
Usually, every router has these interfaces. In this part, we will understand how the Serial and Console connections work. We will discuss the Ethernet connection in the next part of this article.

DTE stands for the Data Terminal Equipment. The device which ends the communication line is known as the DTE device. It converts the data stream into the signals and vice versa.

DCE stands for Data Communication Equipment. The device which works in the middle of the communication line and provides a path for communication is known as the DCE device.

Let’s take a simple example. Suppose, you want to access a website. For this, you connect the computer with the Internet through the modem. A modem connects PC to the ISP. Further, ISP makes a connection with the hosting server.

The following image shows this example. 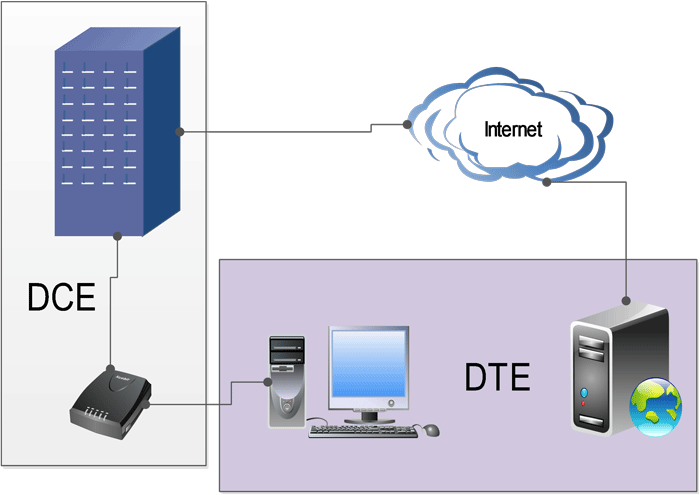 A serial interface of the router can work both as DCE and DTE. By default, it is configured to work as the DTE interface.

In the job environment, when you connect a serial cable to the serial interface of a router, most probably the other end of that cable would be connected to a CSU/DSU device. A CSU/DSU (Channel Service Unit/Data Service Unit) device connects a router to the digital circuit (Wan Network). It works as a DCE device.

Since by default the serial interface of a router works as the DTE device and a CSU/DSU works as the DCE device, you hardly have to adjust the clocking in job life.

The following image shows how these commands are used in the interface mode. 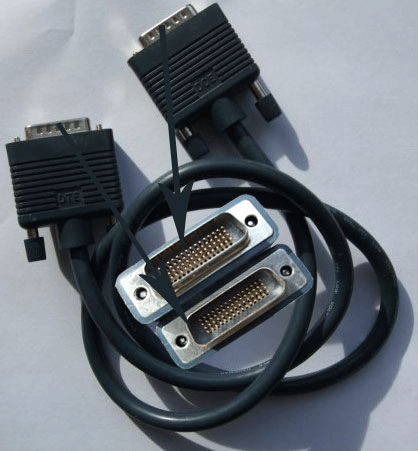 Similarly, if you want to connect two routers through the serial interfaces, connect the DCE side of the cable to the interface that you configured to work as a DCE device.

Knowing how the serial interface is configured

To know how a serial interface is configured and to know which side of cable attached to the interface,
you can use the \”show controller\” command from the privileged exec mode.

The following image shows this command with the sample output.

The third line of the output tells whether the connected side of the cable is the DCE or DTE.

The Console interface is used to connect a router or switch with the system for the management purpose. The following image shows the console interface from both switch and router.

To connect a PC with the console port, a special cable, known as the \”rollover cable\”, is used.
This cable is specially designed for the Cisco device. Besides this, it is also proprietary to Cisco. It means, it will not work for other types of connections. The following image shows a rollover cable. 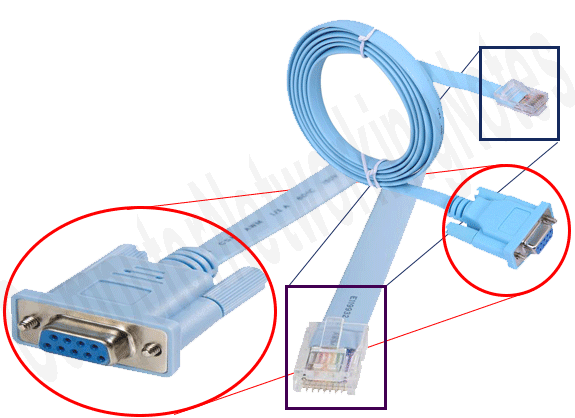 To connect a Cisco router or switch with the PC, connect the RJ-45 end to the console port and the other end into the COM port of your PC. 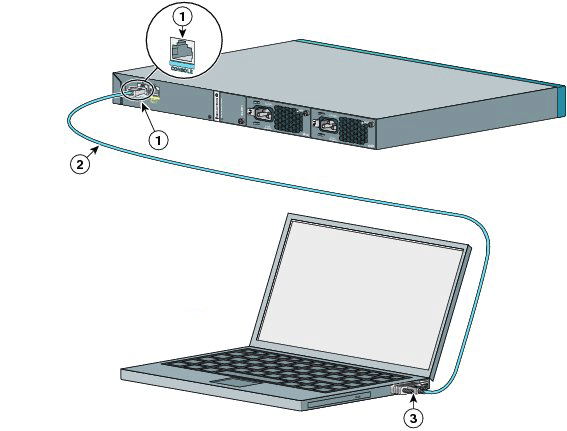 Once both are connected, use any standard terminal emulation program such as the PuTTY and Tera Term to configure the connected Cisco device.

That’s all for this tutorial. In the next part of this tutorial, we will discuss Ethernet connections in detail. If you like this tutorial, please don’t forget to share it with friends through your favorite social channel.