This tutorial explains the UDP/TCP connection or session multiplexing in detail with examples. Learn what the sockets and port numbers are and how they are used in the application mapping.

Connection or session multiplexing occurs at the Transport layer. It allows multiple applications to send and receive data simultaneously. It assigns a unique number to each individual session or connection to keep it separate from others. This unique number is known as port number.

This tutorial is the second part of the article \”Similarities and Differences between TCP and UDP explained with functions\” This tutorial explains following CCNA topic.

This tutorial is the first part of the article. It explains segmentation process along with TCP/UDP header in detail.

This tutorial is the last part of the article. It explains how TCP provides guaranteed data delivery through its protocol specific features.

The port number field is 16 bits in length that allows a total of 65536 (from 0 to 65535) port numbers. Port numbers are divided in three categories; well-known, registered and dynamically assigned. 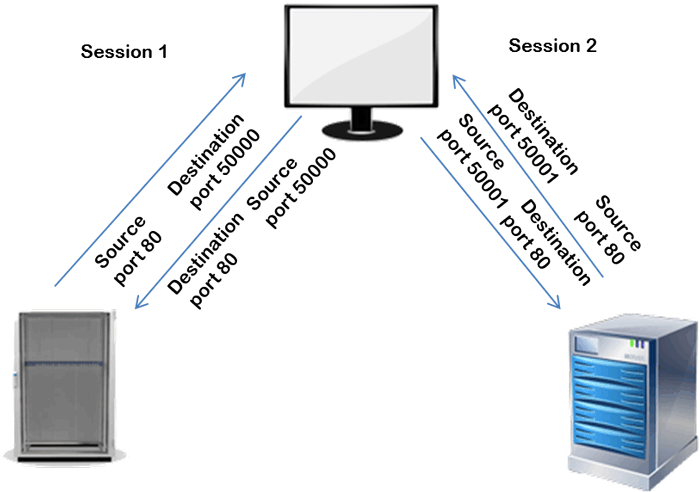 If there is only one host that access remote hosts, port numbers are sufficient to multiplex the sessions. But if there is more than one host, session multiplexing can’t be done only from the port numbers.

Let’s take an example. There are two hosts those want to access a webserver simultaneously. So they both initiate sessions. Spouse they both assign the same port number 50000 to their session. Now how will the webserver know which segment is coming from which host?

To deal with such a situation, IP address is used with the port number in multiplexing. Since both hosts have different IP addresses, destination host can easily differentiate their sessions even they both use the same source and destination port number. 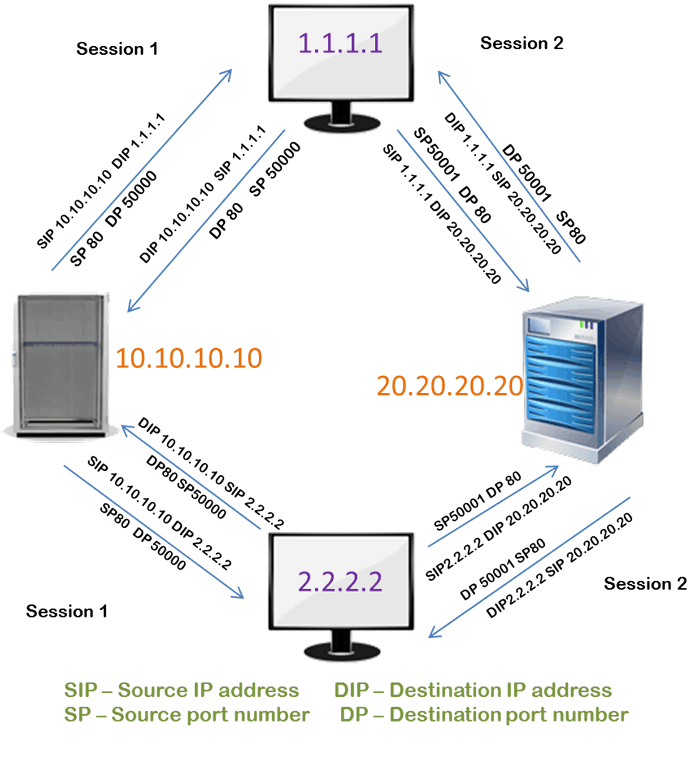 In this way, to make a connection or session unique or to allow a host to connect with multiple applications simultaneously, three things are used together; Transport layer protocol, source port number and destination IP address. To refer these three things together, a technical term socket is used.

Both transport layer protocol TCP and UDP use socket based multiplexing to deliver the data to the correct application at the source and destination hosts.

That’s all for this part. In next part of this article, we will understand TCP specific functions such as windowing and sequencing in detail. If you like this tutorial, please don’t forget to share it with friends through your favorite social site.