What are the contiguous and discontiguous networks?

The following image shows an example of contiguous networks. In this network topology: – 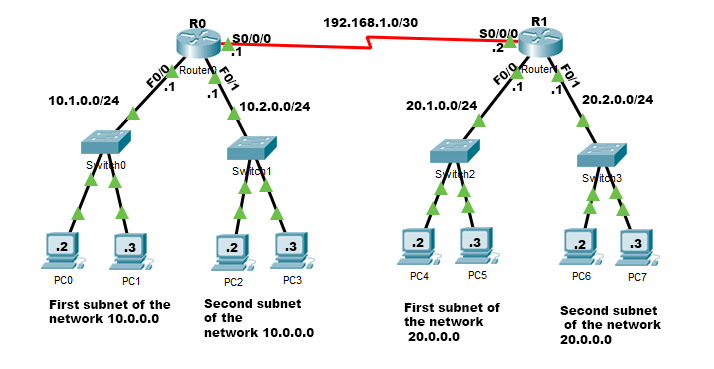 Let\’s understand how it works practically.

Suppose PC0 wants to communicate with PC3. PC0 creates a data packet for PC3. Since PC3 is not available in the local subnet, PC0 sends this packet to the default gateway (F0/0 interface of router R0).

PC3 receives this packet from R0\’s F0/1 and processes it. In response, if PC3 sends a data packet back to PC1, the packet will go through the same route in reverse. 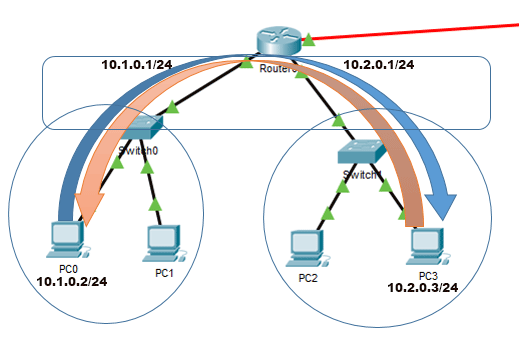 Throughout the entire communication, data packets exchanged between PC0 and PC3 do not take a route that is not related to the network 10.0.0.0. To verify this, you can use the \’tracert\’ command.

The following image shows the output of the \’tracert\’ command from both PCs. 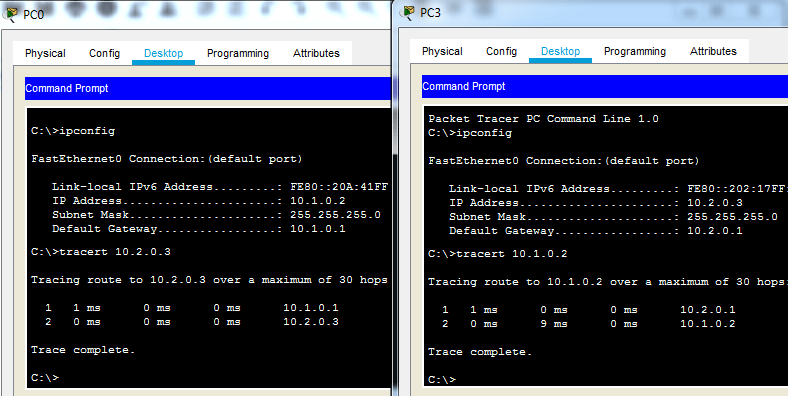 The term contiguous is network specific. It does not include subnets of other networks. In our example, we have three networks: 10.0.0.0, 20.0.0.0, and 192.168.1.0. They all are contiguous as long as their hosts can access other hosts of the same network without going outside of the network.

The following image outlines these networks. 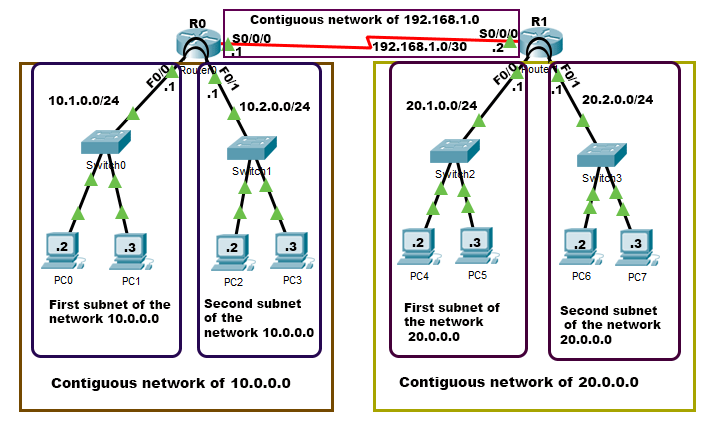 The following image shows an example of discontiguous networks. Except for the location of two subnets, this is the same network topology that we used above. In this topology, subnets 10.2.0.0/24 and 20.1.0.0/24 are interchanged. 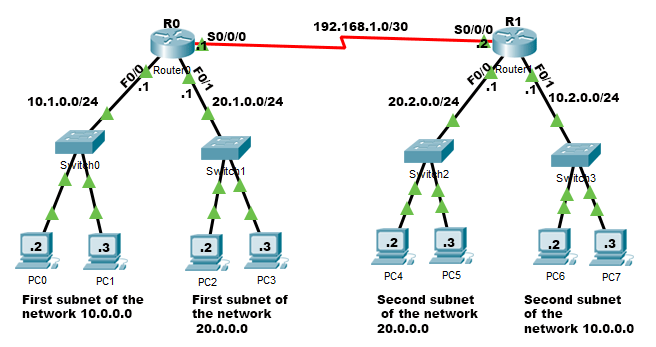 The following image shows the output of the \’tracert\’ command from both PCs.

How to know whether a network is contiguous or discontiguous?

To know whether a network is contiguous or not, check its subnets.

If all subnets of a network are organized in such a way that their hosts can communicate with each other without going outside the network, the network is contiguous.

If a host takes a route to communicate with other hosts of the same network that belongs to a different network, the network is discontiguous. 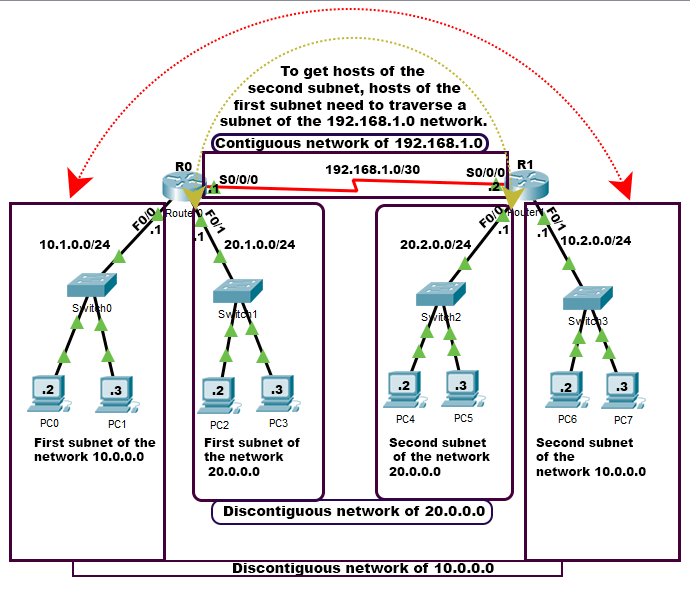 What type of network topology should you use?

When designing a network, you should always arrange subnets in a contiguous way. Contiguous subnets have several advantages over discontiguous subnets. If subnets are contiguous, routing protocols summarize them before advertising. I will explain this feature through examples in the next article.

That\’s all for this tutorial. If you like this tutorial, please don\’t forget to share it with friends through your favorite social channel.