The following image shows an example of both technologies. 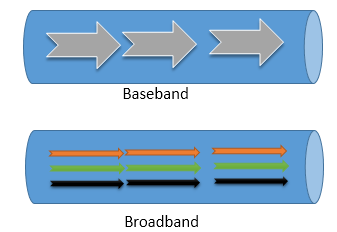 Technical differences between the baseband and broadband transmissions

Baseband technology uses digital signals in data transmission. It sends binary values directly as pulses of different voltage levels. Digital signals can be regenerated using repeaters in order to travel longer distances before weakening and becoming unusable because of attenuation.

The following image shows an example of this. 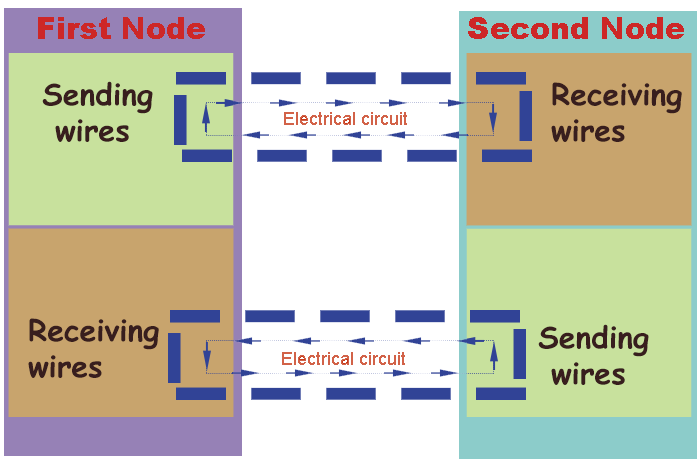 Baseband technology is mainly used in Ethernet networks to exchange data between nodes. This technology can be used on all three popular cable media types of Ethernet; coaxial, twisted-pair, fiber-optic.

The following image shows an example of this process.

Analog signals can be regenerated using amplifiers in order to travel longer distances.

Broadband supports only unidirectional communication. It means, nodes connected at both ends of a medium can send or receive data but can’t perform both actions simultaneously. Only one action is allowed at a time.

The following image shows this example.