A routing loop is a situation in which routers, running a distance vector routing protocol, advertise and learn wrong route information. When routing loops occur, routers fail to deliver data packets to their correct destinations.

To understand how the split-horizon feature works, consider the following example.

How the router B will advertise this newly learned route depends on whether the split-horizon feature is enabled or not. Without split-horizon in effect, router B advertises this network right back to router A.

Router A ignores this update since the directly connected path is better than router B’s advertised path. However, what would happen if router A’s F0/0 interface failed and it received an update from router B stating that it had an alternative path to the network 10.0.0.0/8?

In this situation, Router A will add the advertised route to its routing table thinking router B might know another route to the network 10.0.0.0/8.

The following image shows this process step by step. 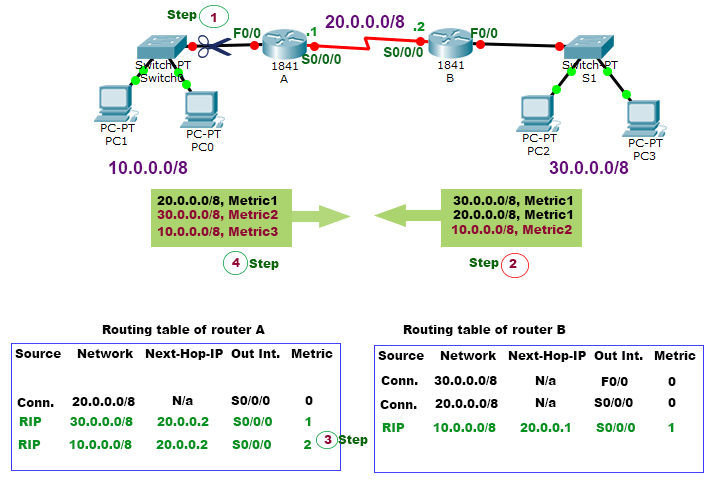 This misunderstanding causes a routing loop where the actual network is down, but both routers think the network is reachable through each other.

The packet will keep cycling between both routers. The following image show this situation. 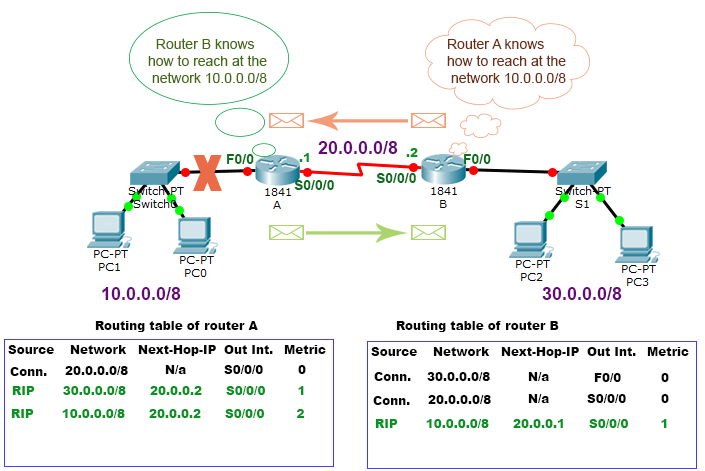 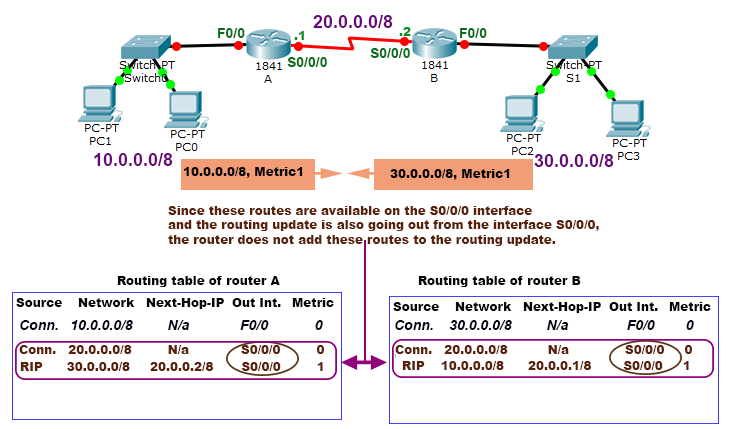 To understand how the route poisoning works, let’s take the above example back.

When network 10.0.0.0/8 fails, router A sets its metric value to 16 and advertises this route from all of its active interfaces.

The following image shows this process. 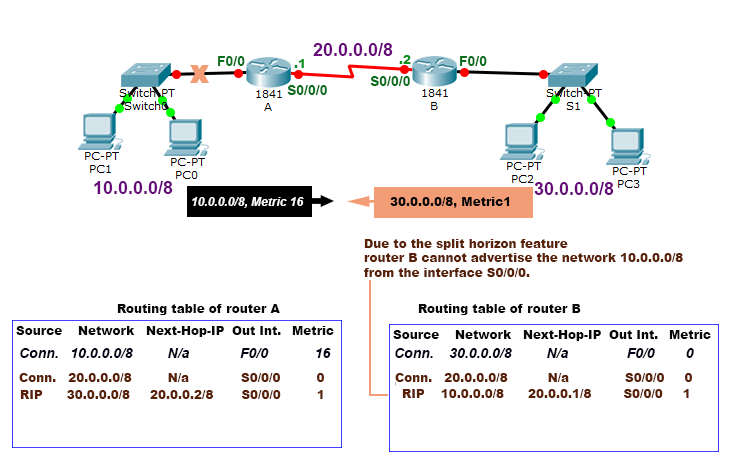 The following image shows how the route poisoning feature works. 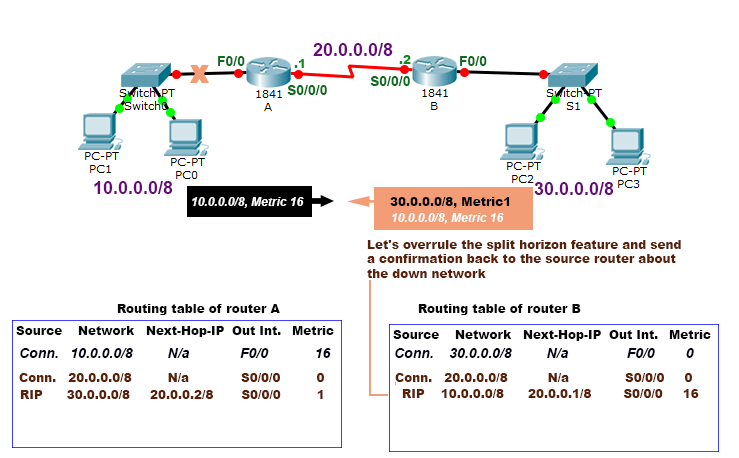 Invalid timer (default 180 sec): –
RIP uses this timer to control how long a route will remain in the routing table if no new updates about the route are received.

Hold down timer (default 180 sec): –
RIP puts a route on the hold-down state when it receives a routing update that indicates the route is unreachable.

Route flush timer (default 240Sec): –
RIP uses this timer to define how long a route can stay in the routing table before it will be flushed if no new updates about the route are received.

This tutorial is the first part of the article. This part explains how the RIP routing protocol uses broadcast messages to exchange network paths\’ information.

This tutorial is the second part of the article. This part explains the concept of distance-vector routing and how the RIP routing protocol uses this concept.

This tutorial is the third part of the article. This part explains RIP timers and differences between RIPv1 and RIPv2.

This tutorial is the fourth part of the article. This part explains routing loops and how they are formed in a distance-vector routing protocol running network.

This tutorial is the fifth part of the article. This part explains the split-horizon feature and how it removes routing loops in the network.

That’s all for this tutorial. In the next part of this tutorial, we will understand how to configure RIP routing protocol in detail through examples. If you like this tutorial, please don’t forget to share it with friends through your social channel.