This tutorial explains Linux file system structure (Linux directory structure) along with the naming convention used in kernel version. Learn how the Linux file system is organized including the meaning of important high-level directories in detail. 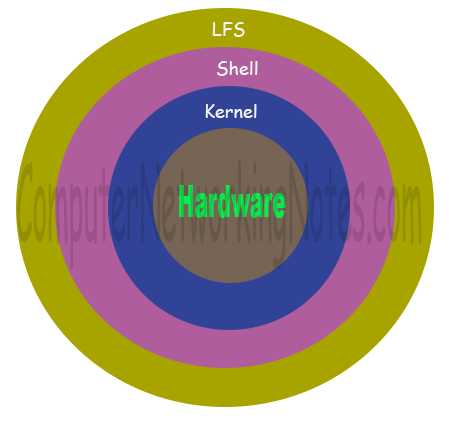 Let’s understand these components in more details one by one.

Following figure illustrates some important system directories with their location in LFS. 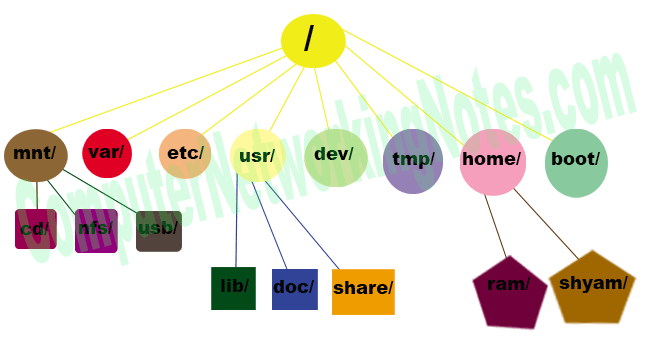 Unlike Windows operating system, Linux is not strict with naming convention. We can use any number or letter in file name.
We can also use underscore, space, period and comma. Some special characters such as question mark, asterisk and slash are not
allowed in file name. These characters are reserved for shell functions. Just like Windows, we can use dot to create a file extension.
Although file extensions are not compulsory in Linux, still they should be used wherever possible as they provide a good way to manage the files.

Shell is the command line interpreter. When a user wants to access any device, he types appropriate command at shell prompt. Shell interpreters that command and hands over the instruction to kernel. Kernel communicates with device and process the user request.

This tutorial is the third part of the article. It explains what the STDIN, STDOUT, STDERR and File redirectors are and how they work in Linux with examples.

Since Kernel is the open source project, distributors are allowed to make changes in it.
If distributor makes any change in it, a patch number will be added in the end of the name. If kernel is patched for
particular hardware architecture, an indicative name of that architecture will also be added just before the patch number. 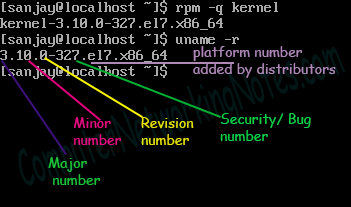 That’s all for this part. In next part, we will understand the shell and its functions in detail. If you like this tutorial, please don’t forget to share it with friends through your favorite social platform.