This tutorial explains the types of network cables used in computer networks in detail. Learn the specifications, standards, and features of the coaxial cable, twisted-pair cable, and the fiber-optical cable.

To connect two or more computers or networking devices in a network, network cables are used. There are three types of network cables; coaxial, twisted-pair, and fiber-optic.

The following image shows these components.

This is the outer layer of the coaxial cable. It protects the cable from physical damage.

This shield protects signals from external interference and noise. This shield is built from the same metal that is used to build the core. 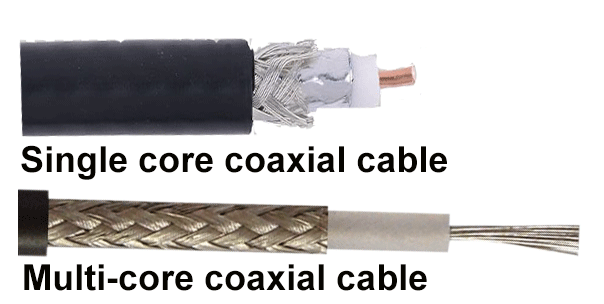 Coaxial cables have been in use for the last four decades. During these years, based on several factors such as the thickness of the sheath, the metal of the conductor, and the material used in insulation, hundreds of specifications have been created to specify the characteristics of coaxial cables.

From these specifications, only a few were used in computer networks. The following table lists them.

This cable consists of color-coded pairs of insulated copper wires. Every two wires are twisted around each other to form pair. Usually, there are four pairs. Each pair has one solid color and one stripped color wire. Solid colors are blue, brown, green and orange. In stripped color, the solid color is mixed with the white color.

Based on how pairs are stripped in the plastic sheath, there are two types of twisted-pair cable; UTP and STP.

In the UTP (Unshielded twisted-pair) cable, all pairs are wrapped in a single plastic sheath.

In the STP (Shielded twisted-pair) cable, each pair is wrapped with an additional metal shield, then all pairs are wrapped in a single outer plastic sheath.

Similarities and differences between STP and UTP cables

The following image shows both types of twisted-pair cable. 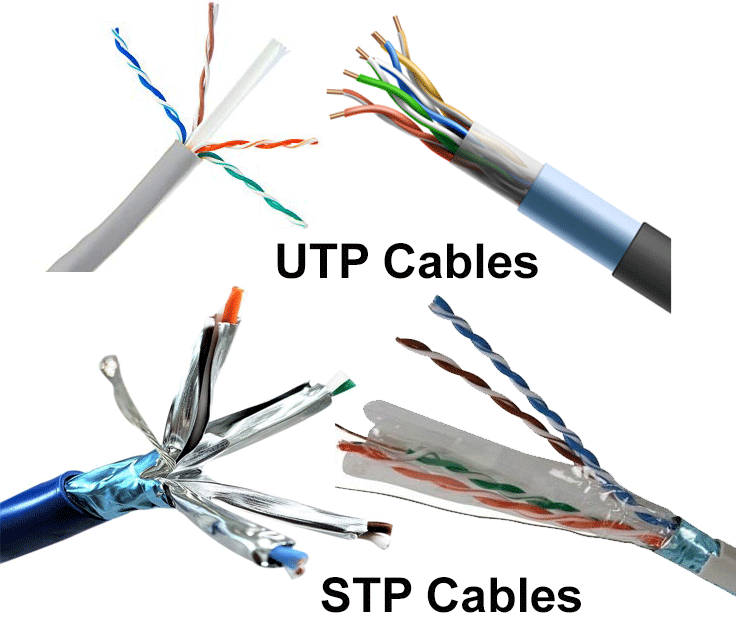 To learn how twisted-pair cables are used in the LAN network, you can check this tutorial.

This tutorial explains how the twisted-pair cable works and how it is used to connect different networking devices in a network.

The TIA/EIA specifies standards for the twisted-pair cable. First standards were released in 1991, known as TIA/EIA 568. Since then, these standards have been continually revised to cover the latest technologies and developments of the transmission media.

Fiber optic uses light to send data. It reflects light from one endpoint to another. Based on how many beams of light are transmitted at a given time, there are two types of fiber optical cable; SMF and MMF.

This cable carries only a single beam of light. This is more reliable and supports much higher bandwidth and longer distances than the MMF cable. This cable uses a laser as the light source and transmits 1300 or 1550 nano-meter wavelengths of light.

That’s all for this tutorial. In the next part of this article, we will understand the types of connectors that are used to connect cables with networking devices. If you like this tutorial, please don’t forget to share it with friends through your favorite social channel.