TCP is a features rich protocol. It provides guaranteed data delivery. It ensures that each bit, sent from the source host, reaches at the destination host. To provide such a reliable service, TCP deploys five functions; Segmentation, connection multiplexing, three-way handshake, sequencing and acknowledgment, and flow control through windowing.

From these functions, I have already explained first two functions in previous parts of this article. In this part, I will explain reaming three functions.

This tutorial is the last part of the article \”Similarities and Differences between TCP and UDP explained with functions\” This tutorial explains following CCNA topic.

This tutorial is the first part of the article. It explains segmentation process along with TCP/UDP header in detail.

This tutorial is the second part of the article. It explains what the connection multiplexing is and how the TCP and UDP protocols use it to connect with the multiple applications simultaneously.

Source sends a SYN (synchronization) segment to the destination. This segment indicates that source want to establish a reliable session with destination.

Destination responds back with a SYN/ACK (synchronization/acknowledgement) segment. This segment indicates that destination received the source’s connection request and ready to setup a reliable session with source.

Upon receiving a SYN/ACK segment from destination, source sends an ACK (acknowledgement) segment to the destination. This segment indicates that source received the confirmation from destination and the session is now fully reliable.

Once the three-way handshake process is done both source and destination can transfer the data.

TCP does not send any data without establishing proper connection. Segments which are used in connection establishment or three-way handshake process contain only the header information that is used to initialize the TCP specific features. These features are explained below.

Reliability through acknowledgement and sequencing

To provide reliability, TCP assigns a sequence number to each sent segment. This number not only helps the destination host in reordering any incoming segments that arrived out of the order but also help in verifying that all sent segments were received.

Upon receiving all sent segments, to get the next segments, destination sends a segment with a number in the acknowledgment field that is one number higher than the received sequence number.

If any segment lost in transmission, its sequence number is used in acknowledgment field to notify the sender about it.

Once source and host know each other’s sequence numbers, they use them in data exchange process. Before we take an example of this process, let’s understand one more number that is also initialized in three-way handshake process and is used with these numbers.

Windowing is the process of controlling the flow of segments. It ensures that one host doesn’t flood another host with too many segments, overflowing its receiving buffer. 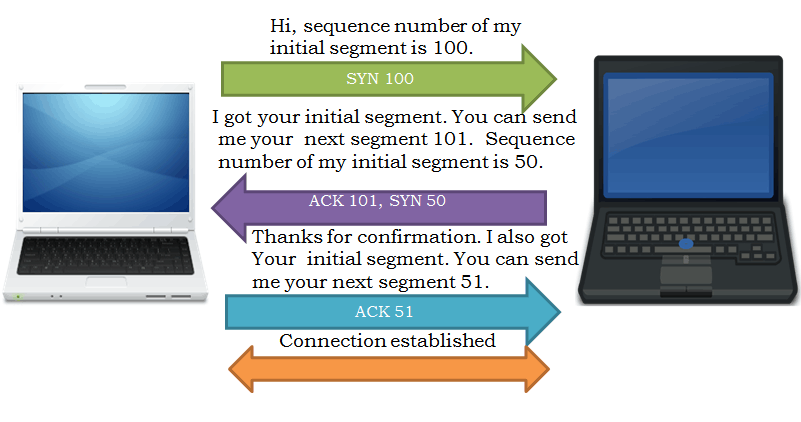 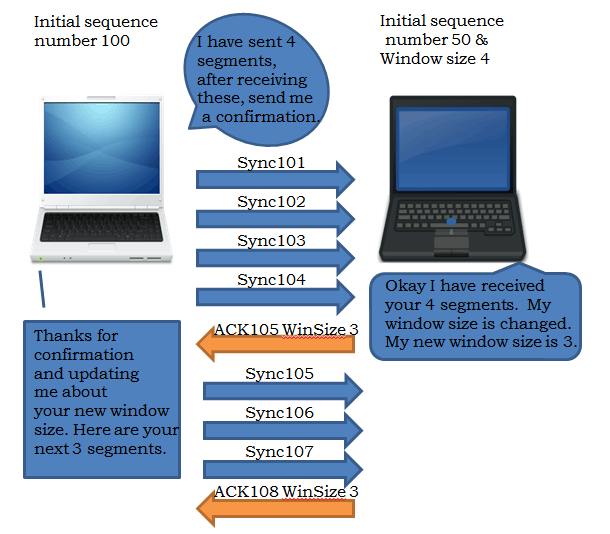 Reordering segments and in correct order and dropping extra segments 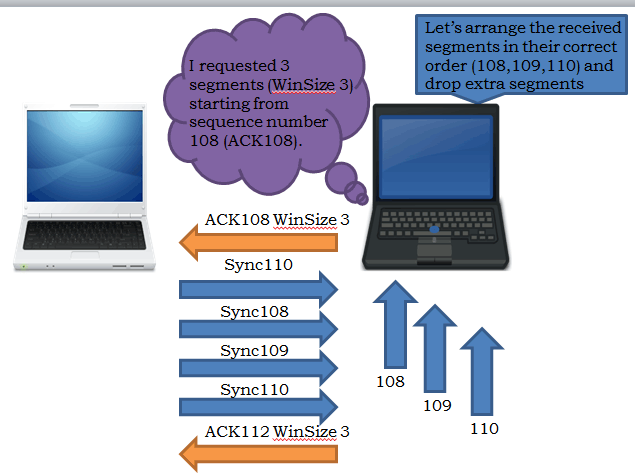 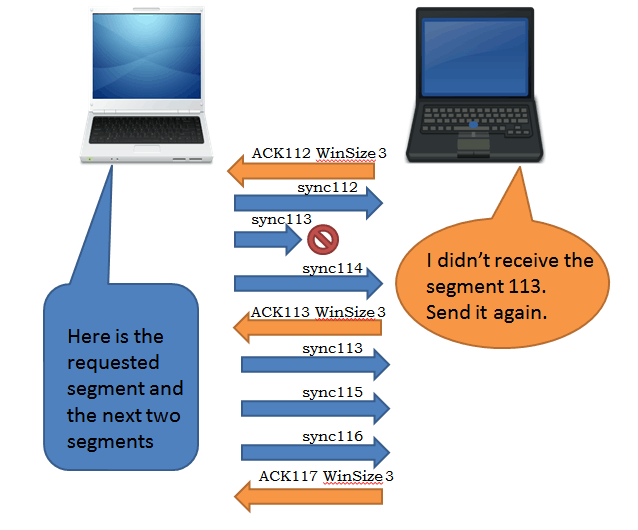 UDP is a connection-less protocol. It does not establish any connection or exchange any messages before sending the data.

UDP doesn’t use any mechanism or process before starting the session. It means if an application wants to send its data through UDP, it can send its data immediately without any delay.

UDP neither sequences the segments nor care about the order in which they are sent to the destination. It also does not take acknowledgement of the sent segments to verify that they reached at destination. It just sends and forgets about them. Because of this, it is also referred as an unreliable protocol.

That’s all for this tutorial. If you like this tutorial, please don’t forget to share it with friends through your favorite social platform.