The following table shows the IP configuration of both routers.

When we activate an interface of a router, the router does the following:

The following image shows how the router0 learns the network address from the IP configuration of the FastEthernet 0/0 interface and adds that network address in the routing table. 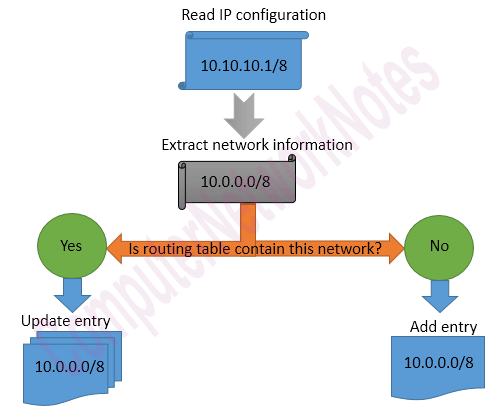 The following image shows how both routers learn and add network paths from IP configurations. 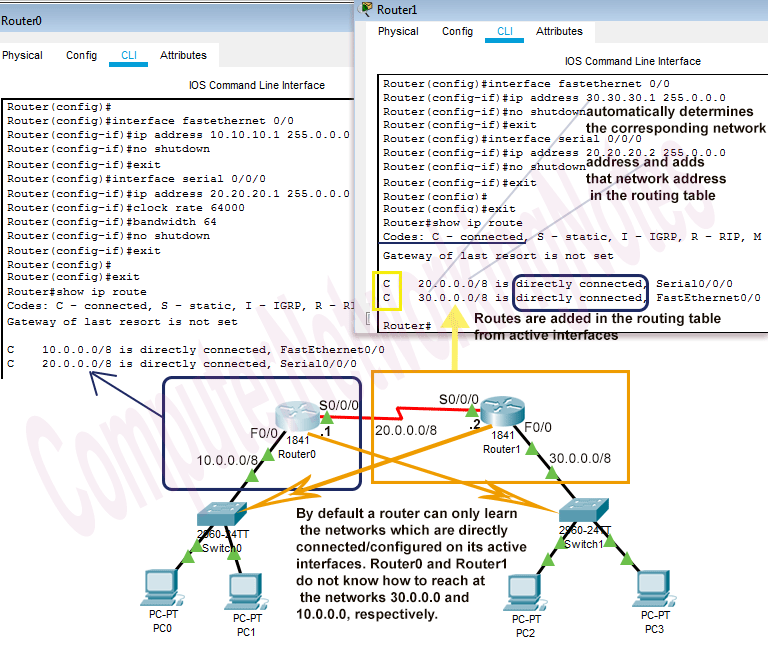 As you can see in the above image, a router neither can learn nor can populate the routing table with the networks that are not available on its interfaces. A router uses the routing table to make the packet forwarding decision.

If a router does not have an entry for a path in the routing table, it drops the incoming packets of that network.

A router can learn about the paths that are not available on its interfaces through two types of routing; static routing and dynamic routing.

The following image shows both types of routing in our example network. 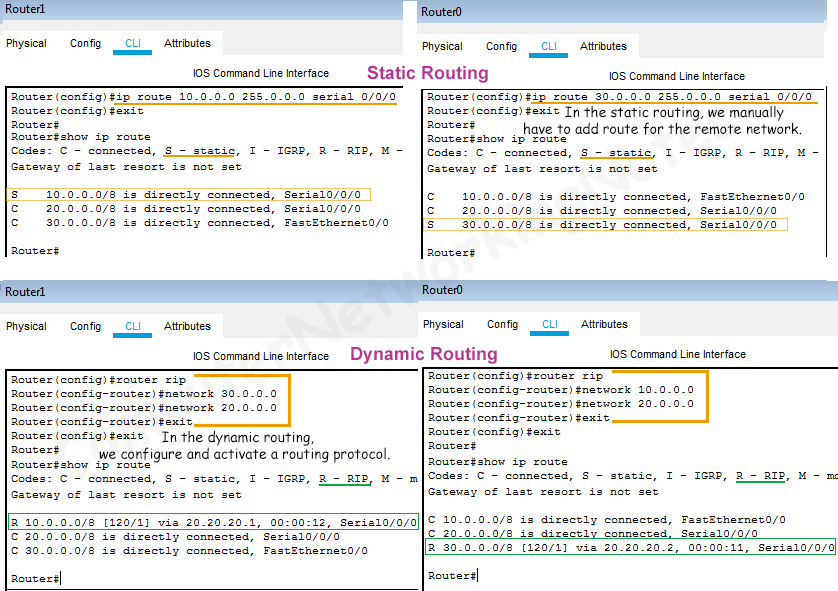 The following table compares both types of routing with their advantages and disadvantages.