This tutorial explains vi commands modes and differences between the vi command and the vim command. Learn the three modes of vi (vim) command in detail.

Why should you learn the vi editor?

The vi is one of the most popular and widely used text editors. By default,
it is not only available in all versions and flavors of Linux but also available in each mode of Linux.
In several situations such as; emergence mode and remote session, this is only the editor which Linux provides for manipulating the text files.

The only negative side of this editor is that it uses text based commands to
perform all essential functions of text manipulation such as; insert, append, cut,
copy, paste, find, replace, delete, undo, redo, save and exit.

The reason why Linux administrators like this editor at first place is that this is the only
editor which is available in all situations. No matter which Linux flavor (such as RHEL, Ubuntu, Kali, etc.)
is installed or in which mode the Linux is currently running, it can be used for creating,
editing and updating text files straight from the command prompt.

Difference between vi and vim editor

Vim (vi-improved) is the enhanced and improved version of vi editor.
It adds the following features and functions to the existing functionality of vi.

Command mode is the default mode. When we open a file with vi editor, we are placed in this mode.
This mode is used to control the editing operations such as cut, copy, paste, delete, move, replace,
select, remove, navigation, save and exit. We are not allowed to edit or insert text in this mode.

Insert mode is used to edit, update and append text in file. It is also used to remove or delete text from the file.

To switch between both modes, the Escape key is used.

Although you can use any existing regular text file for practice, but you should always create and use a
new text file in a separate directory. Using a new file in separate directory allows you to complete the practice
without making any mess in the existing file system.

By default, vim opens file in command mode and we are not allowed to insert any text in this mode.

In insert mode, we can only edit or insert the text. We cannot perform any control operations. 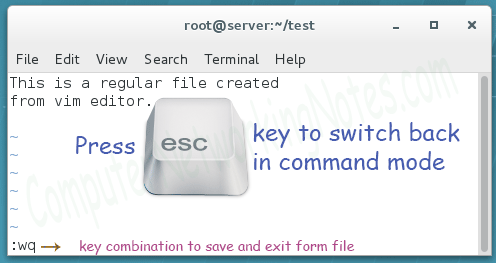 Let’s repeat this exercise once again, but this time use the vi command instead of the vim command. 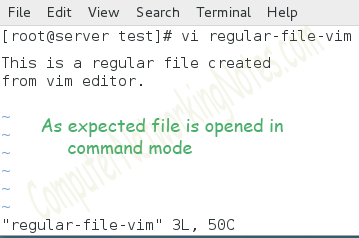 Switch in insert mode and edit the file. 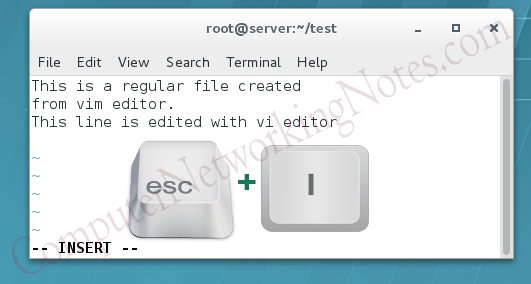 Now save the file and exit form it. 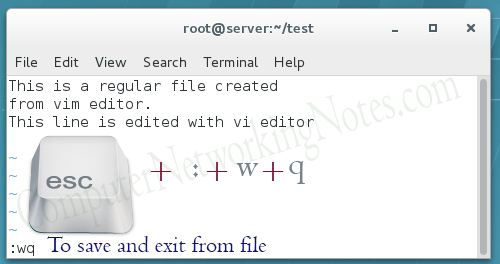 Let’s copy any script file from the /etc directory in to the current directory.

To see the difference, open this file with both editors one by one. 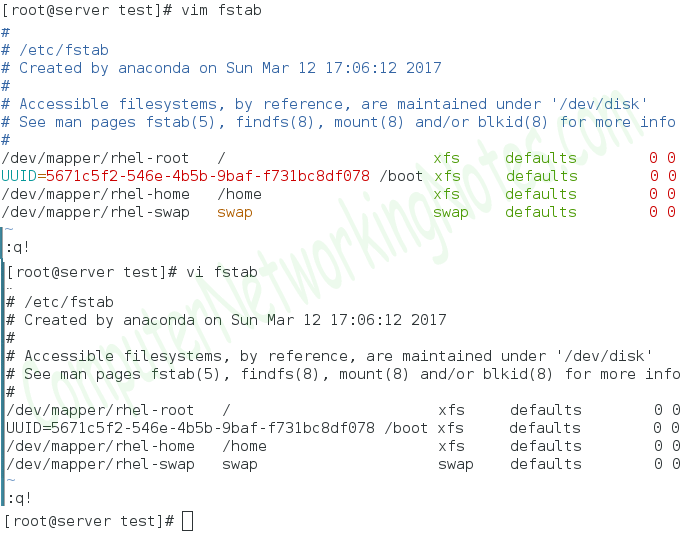 As we can see in above output, the vim formats the file in more user friendly manner.

How to use the vi and vim Editors in Linux

If you like this tutorial, please don’t forget to share it with friends through your favorite social network.